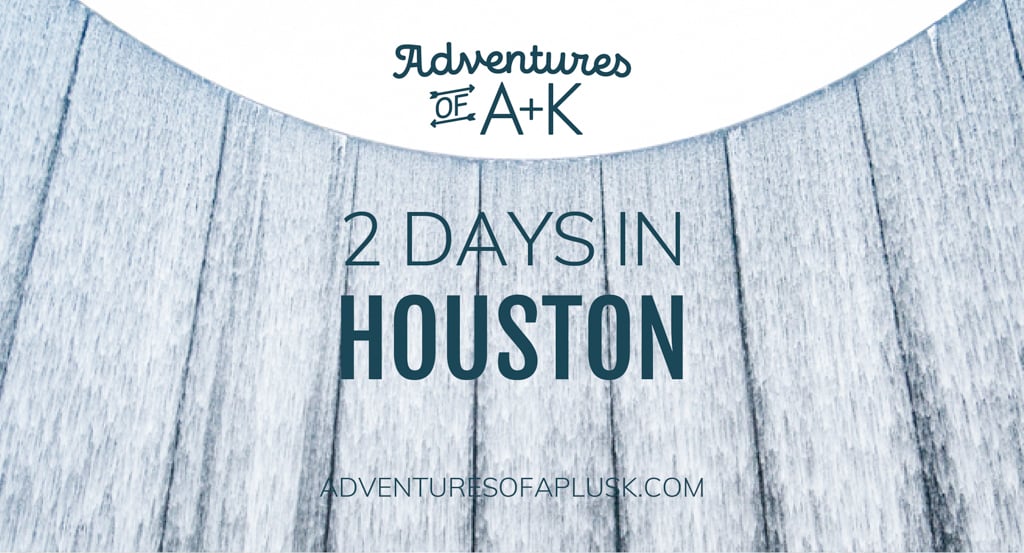 Spending 2 days in Houston? Here’s our detailed Houston itinerary with everything you need to know about visiting Houston, where to stay, what to eat, and the best things to do!

Although Austin is where we called home together, for the first 18 years of Adam’s life, he called the Houston area home. Between Adam’s family and Kathryn’s best friend’s family living in Houston, we have spent a lot of time together in Houston, but until recently, we hadn’t spent much time actually exploring the city.

Throughout the last few years, whenever we would go to Houston to visit family and friends, we have made it a priority to spend at least a day exploring around town, from the top sights to the best food. Adam is a very proud Houstonian and a diehard Houston sports fan, so it has been extremely fun for us to explore the city together and see his favorite spots from his childhood, as well as new spots that have popped up in the last few years.

We’re excited to share a 2 days in Houston itinerary and guide to help you learn more about Houston, where to stay, what to eat, and the best things to do! Have more than 2 days in Houston? Make sure to check out the “if you have extra time” section for more awesome things to do in Houston, including a couple day trip ideas!

Want to explore more of Texas? Check out our other Texas travel guides:

Houston is home to six professional sports teams, is one of the major locations for NASA (giving it the nickname Space City), and is a huge hub for the oil and gas industry. And despite being a huge metropolitan area, it has the largest total area of parks and green space out of the most populous 10 cities in the US and is in close proximity to the ocean. A few other fun facts:

When to visit Houston

Our biggest advice for visiting Houston: don’t visit during the summer! Well, if you have to, it’ll still be fun, but be prepared for lots of heat and humidity! Houston, similar to the rest of Texas, can get very, very warm in the summer months (with some days over 100ºF). But the big difference between Houston and other cities in Texas is how humid it can be. We’ll never forget driving to Houston for the 4th of July one year and having our phone and sunglasses fog up as soon as we left the car. It sometimes feels like a sauna!

While summers can be very warm and humid in Houston, the rest of the year is pretty nice! Winters in Houston are pretty mild, with temperatures rarely below freezing. We just spent Christmas in Houston and had short sleeves and tank tops on most days! It’s not uncommon for it to be very warm one day and then freezing the next though, so make sure to bring layers if visiting in the colder months. 🙂

One thing that is very good to know about Houston is that It can rain pretty hard, sometimes causing some pretty big flooding. In fact, Houston gets more inches of rain per year than Seattle! And since Houston is located near the Gulf of Mexico, hurricanes can be a big threat to the city, so if you’re visiting during hurricane season (June through November), make sure to keep an eye on any tropical storms or hurricanes!

IAH is located north of Houston and Hobby is located south of the city, but both are about 20-30 minutes to the city center depending on traffic. IAH is a great international airport, with many flights coming and going to destinations all over the world, while Hobby is a great airport for more domestic destinations and airlines, like Southwest Airlines.

If you’re starting your Houston adventure from somewhere else in Texas, here’s what your estimated driving time would be:

We’d highly suggest renting a car to get around Houston, which on average costs $35/day. While there are buses and a metrorail to get around, they may not reach everywhere you want to go and may take a bit longer to get around. Uber and Lyft are also good options, especially if you’re planning on drinking, but they can get expensive very fast.

If you plan to just stick around the area you are staying in, Uber and Lyft would be your best bet, but if you want to explore the entire city (which is very large!) and do everything on this guide, renting a car would be most cost effective. During our most recent day trip around Houston, we paid between $5-10 for parking the whole day. While this may vary depending on when and where you go, it still is relatively affordable.

Where to Stay in Houston

As we mentioned before, Houston is a huge city! While the city as a whole isn’t super walkable, there are lots of little neighborhoods in Houston that are walkable, have lots of restaurants and shops, and their own character.

Here are some of our favorite neighborhoods in Houston and some suggestions of where to stay in each! As always, our top suggestion is to stay in an Airbnb to get a more local feel, especially since many of these areas don’t have any hotels.

The Heights is one of our favorite areas in Houston! It has cute, historic houses, lots of coffee shops and restaurants, and is close to all of the main sights!

Montrose is known as being a hip area of town with art galleries, trendy shops, food scene, and cool murals!

This area is awesome if you love sports! You’re close to BBVA Compass Stadium (Houston Dynamo), Minute Maid Park (Houston Astros), and the Toyota Center (Houston Rockets). It’s also close to the convention center and there are also lots of breweries and restaurants nearby.

While downtown isn’t necessarily our favorite area in Houston to hang out (we love the smaller neighborhoods), it has tons of places to stay, especially hotels!

While it’s impossible to fit everything Houston has to offer into 2 days, here’s our go-to itinerary filled with food, coffee, treats, breweries, and sights if you only have 2 days in Houston!

It was impossible to fit everything we love into 2 days, so if you have more than 2 days in Houston, here are some more ideas of things to do! From awesome coffee shops, to more bbq joints, to day trip ideas, here are tons of other suggestions to create your perfect Houston adventure!

There are a couple destinations close to Houston that would make for a great day trip! These activities are something you’d want to dedicate most of a day to see and not feel rushed. If you have 3 days in Houston, we highly suggest making one of these your third day!

Pin this 2 days in Houston itinerary + guide to help plan your trip!

Plan your next trip with our travel guides 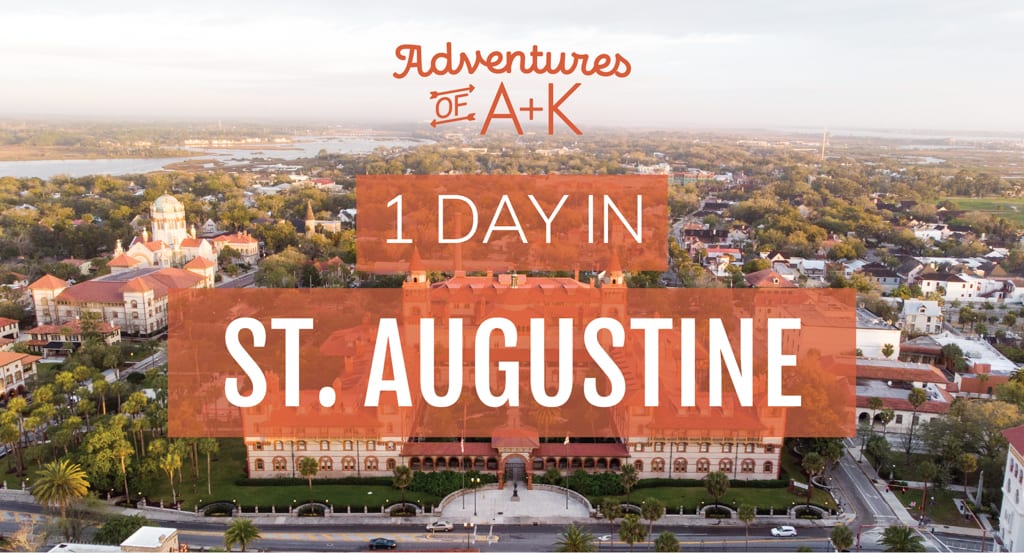 One Day in St. Augustine 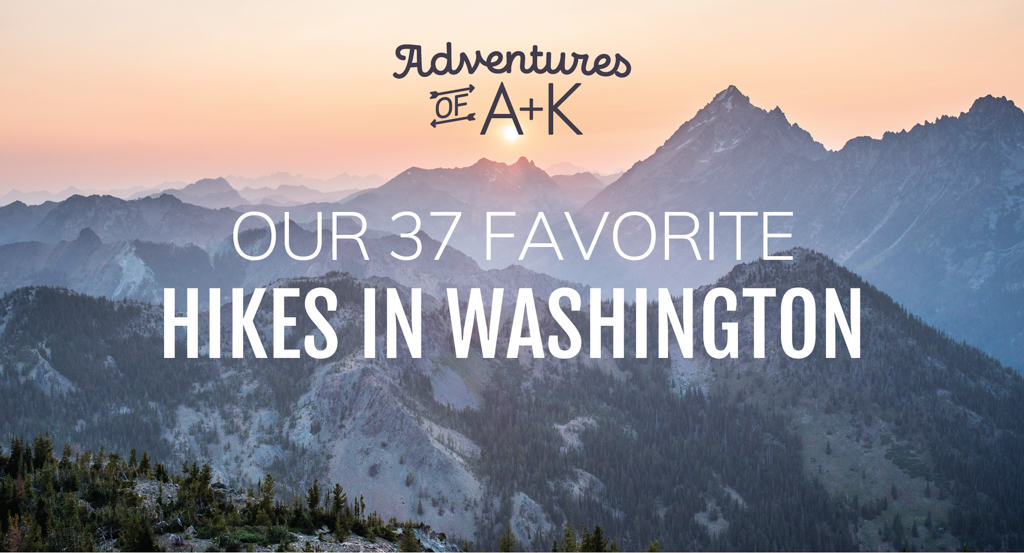 Our 37 Favorite Hikes in Washington

A couple weeks ago we went on a little adventure:

While we went to Wilmington to live out our One Tr

Have you watched our Charleston food tour yet? Our

A few weeks ago we visited Congaree National Park

Our life has been full of southern charm lately an 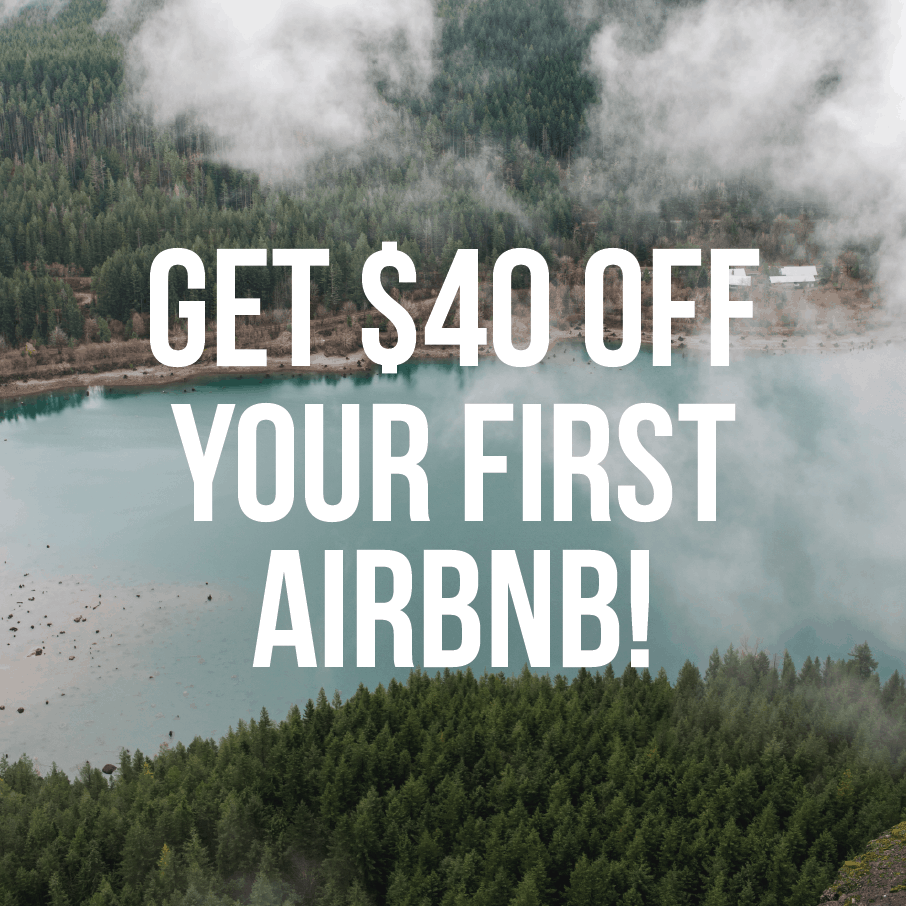